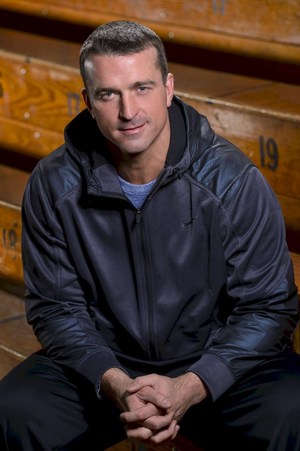 SPARTA — Michael Schleer has heard a lot of speakers talk about school violence, drugs and other sensitive issues in his years of education.

None of them compare to what he heard 10 years ago when the Pope John XXIII Regional High School Assistant Principal/Eighth Grade Administrator was working in Connecticut and first saw Chris Herren — an ex-NBA player — talk about these topics.

“You can’t help but love the guy,” Schleer said. “I didn’t know who he was, but you wouldn’t have thought he was a drug addict.”

Herren’s story of how he went from being an acclaimed player on the hardwood to becoming addicted to opioids to overcoming this problem by becoming a national speaker resonated with Schleer so much that he wanted Herren to come speak to the entire Catholic Academy of Sussex County.

On Wednesday, Herren will be sharing his story while also talking about opioid addiction, bullying, and hope to the students and parents of the Academy.

Herren will first be speaking to the students at a special assembly during school. Then at 7 p.m., Herren will speak to Academy parents and family members during an event called, "Rebound: A Night with Chris Herren.” Both events will take place in Pope John’s new gymnasium.

“Having Chris Herren come here tomorrow is extremely timely,” Schleer said. “All of our kids hear us talk about drugs, bullying, school violence and all these hot-button topics right now, but this is good for them and their parents need to hear him, too.”

Herren grew up in Fall River, Mass with his sights set on playing in the NBA for the Boston Celtics. As a senior in high school in 1994, he was named the state’s Gatorade Player of the Year and a member of the McDonald’s All-America team while finishing with 2,073 career points.

In college, he went to nearby Boston College, but he played in only one game before breaking his wrist. Then, he was kicked out of the school after failing multiple drug tests for marijuana and cocaine use.

Herren went on to transfer to Fresno State and played in 86 games, averaging 15.1 points per game, but still had issues with drugs at the school.

After his senior season, Herren was drafted by the Denver Nuggets in the second round. The next year, Herren played for the Celtics, but was released and then lost everything due to his substance abuse.

However, Herren went through a number of rehab stints over the next eight years and has managed to stay alcohol and drug-free since Aug. 1, 2008.

When Schleer listened to Herren’s story, he couldn’t help but be in awe.

“He is as down to earth as someone in his position could be,” Schleer said. “When you leave his presentation, you don’t think of him as an NBA player. You think of him as a man who is suffering every day and is working to overcome his problems. He’s doing it through helping kids and people throughout the country.”

Then this past summer, Schleer attended a conference that talked about all the problems that were happening locally in Sussex County. At that moment, Schleer felt he had to try to get Herren to come to Pope John.

“I did some investigation and talked to (Pope John Vice President for Institutional Advancement) Craig Austin about it, and he said, ‘Let’s do it!’” Schleer said. “We were lucky to get him.”

Schleer is also glad that Herren is able to come speak because his appearance comes in the wake of the recent tragic events at Marjory Stoneman Douglas High School in Parkland, Fla., and incidents on the local level.

While Schleer and the Academy are happy to bring more awareness to these issues by having Herren, Schleer hopes that Herren’s message will really resonate with students and families enough that they can help make a difference in the community.

“Stuff like this can happen to anyone,” Schleer said. “He had an entire town that was banking on him to be successful and this happened to him. The way he tells his story is really impactful and we hope everyone in our community will take to him. We need our kids and parents to see someone like this in person rather than just hearing about it in a classroom or on TV.”